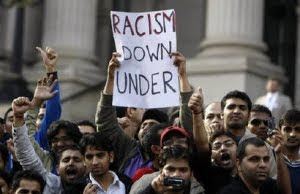 Amongst the various items on last nights BBC2 Newsnight was a report by Nick Bryant on racial violence in Australia, aimed at Indian students. It appears that there have been at least 97 reported attacks on students from the sub-continent who are studying in Australia, which has resulted in demonstrations by Asian students demanding that the government take action to halt the violence.

The situation has become a serious issue in Australia, not only in terms of social order, but also due to the fact that there are considerable numbers of Asian students studying in Australia and the fees they pay allegedly have a significant impact on the Australian economy, at least that is what what the politicians and media claim. (Does that sound familiar to you?).

Apparently, Asian students are not only flooding into Britain to “study” at sundry institutions calling themselves “colleges”, but the same phenomenon exists in Australia, leaving one to wonder what exactly is being taught in the 300 universities and over 45,000 colleges in India.

The cringe beset (and indeed cringe inducing) Australian Prime Minister Kevin Rudd has stepped into the issue, assuring the protesters that his children “absolutely love Bollywood movies” and adding the somewhat Anglophobic aside that, were it not for the “wonderful” cuisine of India, Australians would have been condemned to “100 years of eating English food”.

The item went on to interview a number of victims and victims advocates and covered the issue in some detail, however, one detail was noticeable by its absence, and that was any clear description of the actual perpetrators.

Despite this, Nick Bryant made what appeared to be a deliberate attempt to imply who they might be, by referring to the old “white Australia” policy, which existed up until the 1970's, and which he said left Australia with a historical reputation for racism. This reference was clearly intended to leave the viewer with the impression that these racist attacks were being perpetrated by those same “white Australians”, if that was not his intention, why make such a reference?.

However, if any Newsnight viewer did come away from the programme believing that these attacks were being carried out by blond Australian surfers, no doubt battering their victims with tinnies full of Amber nectar, as BBC2 apparently wanted them to believe, they would be sorely mistaken and indeed misled.

Unfortunately, had anyone not convinced by Nick Bryant’s broad hint wanted to find out the truth, the usual sources of information would not have been much help. Wikipedia, which includes a lengthy report on the attacks, is similarly bashful when describing the attackers. A single reference to “reports” of attackers being variously described as “white, Aboriginal, Asian, middle eastern and Pacific Islander” actually linked to an Australian news article which states amongst considerable liberal angst that overwhelmingly the attackers were, in fact not white.

In fact to obtain any clear description of the perpetrators, it is necessary to turn to the foreign press, much of which is by no means as reticent. Here are a few examples:

No ambiguity, hints and innuendo there but that was not the Western Media. 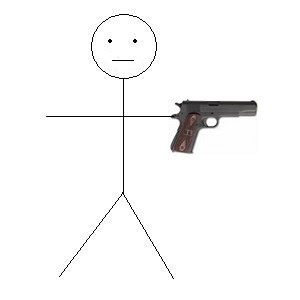 Average media profile of non-white crime suspect
We have all become used to the news media trick, which Ann Coulter describes as “to lie by omission” most often used to describe a non-white crime suspect in a manner best illustrated by the picture above, or by the recent Daily Mail report on the race riots in US prisons where by the (deliberate?) failure to mention the words “black” or “Hispanic” the report leaves open the possibility that the racial violence was white on black. In fact, no whites were involved, but I wonder how many Mail readers realised that.

However, the Newsnight report went further, by introducing the irrelevant issue of the White Australia policy, without qualifying it as the Sydney Herald report did, the reporter, Nick Bryant, was linking what he would describe as “white racism” with these attacks, whist, as a reporter, he must have known that the perpetrators were overwhelmingly, and quite probably entirely, non-white. To suggest that he did this unconsciously, at the very least stretches credibility.

Most viewers are not like me, their ears are not attuned to what is not said, and they will bother to check the truth, or otherwise, of what they are being told, and that is what liars like the BBC depend on.

This is a further example of disinformation and misrepresentation by our leading, and state funded news organisation, in an honest society they would not be allowed to get away with it. Sadly, in our society, they will.
Posted by Sarah Maid of Albion at 12:22

Well spotted. I watched this report and what you describe (blonde Aussie surfers) is the only impression I got. Thanks for setting the record straight.

There is a positive side to this, Sarah. It will serve to remind people that, in the past there was a perfectly accepted "White Australia" and if their memories are any good at all, they will remember that it was a time are far greater domestic peace and tranquility. Those concepts need to be promoted. The same for a "White UK", a "White USA", "White Canada", etc. There is nothing at all wrong with the idea that we should hold on to our lands; they are ours. Our lives have been much, much better when we lived in homogeneous, white culture.

The multicult nightmare is clearly a disaster. Anyone with a functioning brain has only to look around himself in any Anglo country to see that this is true. We need to return to the previous condition by removing these intruders from our society.

Sarah, I deeply admire your writing. Thank God there are women like you in the world. I'd consider bailing out entirely if there weren't people like you fighting against the forces of evil.

About 20 years ago, Sydney, Australia was experiencing problems with different foreign nationalist groups e.g. Serbs and Croats (I think) waging open warfare on each other with bricks, bottles, boots etc. on the streets.

(We had our own roughnecks, of course, who would occasionally kick off in the same way, even pre-WW1 but the foreign incomers were making a bad situation worse.)

It was also the Lebs who were responsible for the shindig at Cronulla beach, December 2005.

Plus ca change, sadly, when the politicians are committed to 'enrichment.'

I fear we ain't seen nothin' yet.

I fear for the children growing up with this constant bombardment and brainwashing by the MSM.