What the president didn't say 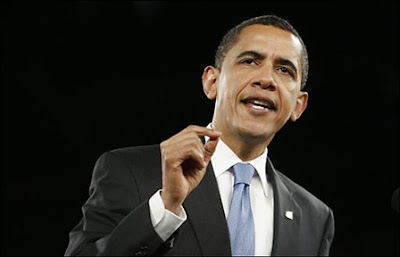 US President Barack Obama has returned to America, leaving behind him a love struck continent enthralled by his Rock Star status and ability to say things people want to hear. However, is that down to what he says or the manner in which what he says is reported, and, more importantly, what he doesn't say.
His support for Turkey's proposed entry to the EU for instance might seem less Euro-friendly, if the entranced masses were reminded this would mean granting seventy one million Muslims full access to Europe? That is more than the total populations of Greece, Austria, Portugal, Sweden, Denmark, Belgium, the Czech Republic, Ireland and Kosovo (many of whom already have sizable Muslim minorities) combined. In terms of numbers, there are ten million more Turks than the entire population of over-crowded Britain, and almost twice as many as there are Polish people on this planet.

Is anyone brave enough to bet that they won't all want to move to Britain if they are allowed to join?.

This is at a time when human rights abuses continue to be a major factor of Turkish life, and the country faces the growing threat of Militant Islam. Why thanks Mister President we really appreciate your support.

Warming to his Muslim friendly theme, and having wondered respectfully around a mosque, the dapper POTUS announced that “The USA is not at war with Islam!”, a statement reported widely by an admiring media, strangely without the caveat “despite the fact that huge swathes of the Islamic world consider themselves at war with America.”

It was also noticeable how much more comfortable the president and his adoring media are with his middle name “Hussein”. A word which it almost amounted to sacrilege to mention, mere months ago during the Democratic conventions and subsequent election campaign, is now flaunted like some totem of the multi-cultural victory he and his followers view his election to have been.

However, again, this only addresses one side of the coin, the other side of which both “the one” and his disciples continue to ignore, and, indeed to suppress.

Having the middle name Hussein may not be a bar to becoming leader of the free world, but certain other things are, and questions relating to those “other things” remain unanswered. Indeed beyond being unanswered, the very questions themselves are censored, as if the entire international media have become a version of Pravda from the 1960's where uncomfortable facts are airbrushed from the news.

Most people, including the vast majority of the of the US Population, are blissfully unaware that dozens of court cases continue to be brought, demanding that Obama produce evidence supporting his eligibility to be America's president, that the president continues to hire high powered lawyers to fight these demands, and that the US Courts, right up to the Supreme court continue to suppress these demands and prevent these questions from being asked.

However, the questions about Obama's actual place of birth, and his claim to be a “Natural born American” as required by the constitution, are not going away any time soon. They are not going away because they matter, not only because they impact on the integrity of the most powerful man in the world, but, because if true, they mean that he has no right to have the power that he does and that no American citizen, including the military, are under any obligation to follow his orders.

The American people may choose to elect the Kenyan born son of a British subject, but they must do so knowingly, and have changed their constitution first. If they do not, then the US Constitution, the very foundation which underpins America is meaningless.

It seems certain that Obama is hiding something, it's clear that there is something in the documentation of his history, including his birth certificate, college records and other documents, which he does not want the public to know. For what other reason would he spend so much money hiring law firms across the nation to fight any request for information as basic as his Occidental College records from the early 1980s?

While an Obama spokesman one time called the allegations "garbage," the president and his team have withheld other comments.

However, the law suits continue, albeit many have so far been dismissed, mostly due to the highly dubious finding that the person bringing the claim "has no standing" (not, you will note because the claim has no merit).

Here is a partial listing and status update for some of the cases over Obama's eligibility:


In addition, other cases cited on the RightSideofLife blog as raising questions about Obama's eligibility include:

At some point the US courts are going to have to address the questions which are being asked, and Obama is going to have to prove that he is who he says he is. If he can, then he has every right to the job and can destroy America by democratic mandate, but if he can't, then the world is in uncharted territory.

From one of his own. In the words of Camille Paglia, in her in her response to a reader on Salon.com "Bow-ow-ow: Obama's painful missteps"

Yes, there were ambiguities about Obama's birth certificate that have never been satisfactorily resolved. And the embargo on Obama's educational records remains troubling.

Americans are paranoid, first you elected a precident who by any means was a puppet for the money in and around Washington (he then led the US into a disaster for 8 years). Then you elected a black president, and now that you actually have someone who is trying to do good (or one would hope so) you try to get ridge of him.....

Most informative, Sarah, thanks

With 18 letters in his name, BHO is the greatest type of the Revelation 13 biblical antichrist in the world today; mixed race, mixed religion, global charisma on an unprecented scale.

Yes thankyou Sarah, very informative as ever, if Obama was not born in America he has no right to be President, Obama if not an American leaves himself wide open to blackmail if he his birth certificate is not brought out into the open. What has he got to hide ? politicalMIZZ