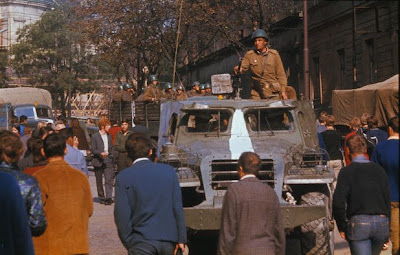 A subject which I had planned to write about last week, resulted from a discussion on BBC2's Newsnight, hosted by Kirsty Walk, between a columnist from the Spectator and someone who had previously held a high ranking position in the Commission for Racial Equality (CRE). The discussion focused on the recent news story regarding Prince Harry who, as I mentioned in a couple of recent posts, has been required to undergo re-education, due to a perceived failure to pay sufficient homage to the modern day dogmas of multiculturalism and the unquestioned benefits of ethnic diversity.

The guy from the CRE was naturally firmly in favour Harry's punishment, whereas the Spectator columnist was less enthusiastic, and indeed expressed a healthy scepticism for the diversity worship which is now an essential qualification for holding down a position within the mainstream media. As such, I doubt we will see or hear much more from him.

However, the debate itself, and indeed those debating, are of less relevance than was the parting shot by the bigwig from the Campaign for Racial Engulfment, who, just as Kirsty was terminating the discussion, turned to his adversary and smugly announced that a multi-cultural society was “the reality of modern Britain”.

This, of course is a statement we are hearing more and more, as the party faithful, who have worked so feverishly to undermine our national soul, flaunt what they consider to be their victory, and seek to trump our hand with the apparent fait accompli that what they sought so hard to achieve, has come to pass.

Of course, they are correct that multiculturalism is a reality of of today's Britain, in the same way that communism was the reality of Czechoslovakia in the 1960's, warfare is the reality of the Congo and Afghanistan, whist bankruptcy is the increasing reality of Zimbabwe, and it is no more wholesome or welcome.

The multiracial “reality” of our country has been achieved by deception, by intimidation and bullying, by bribery, corruption, propaganda and lies, it was however not achieved by either consent or democracy.

At no stage during the last fifty years, whilst they were laying the foundations of the monster they have created, did any mainstream party stand for election with a manifesto which even admitted that they would encourage increased immigration, let alone facilitate the creation of a multiracial society, especially not when another mainstream party stood on a manifesto promising that they wouldn't do so. When it came to elections, none of the main parties acknowledged the “reality” of unchecked immigration, therefore “NO” was never an option on offer, and when one party, the BNP, did stand up and say “NO” it was vilified and lied about in a manner which continues to this very day.

When those who hate us brag of the reality they forced upon us, they are no better than the rapist who taunts his victim with the reality of her rape, for that too was taken without consent.

On first reading that may seem an extreme analogy, but before you dismiss it consider the parallels.

The multicultural “reality” was achieved first through lies and deception “Your safe, ... it wont happen” and by seduction “its cool, its exotic .... love that Burundi beat.. feel the rhythm .... you know you want it” but, when that only worked with a few airhead bimbos, then came the fear, the intimidation, the bullying and, of course, the allegations .. “if you don't let me you are a racist! ... racist! ....racist!!”.

That one word became the WMD, which they used against us relentlessly.

To speak out against the creation of a multicultural society, or to mention any potential downside was to be a racist. Name one person who has dared speak out against the shrieking gods of diversity, or pointed out that nothing is enriched by being changed beyond recognition, who has not been labeled with that multi purpose word, which we have been brainwashed, beyond reason, to dread being called.

However, to submit through fear or because of fraud is not to consent, and no matter how many times our abusers tell us we were asking for it, the truth is we were not. As a nation we never consented to what has been done to us, we were merely never permitted to say NO.

The reality of a violation does not make the act any less wrong or mean that what was done can not be put right, and victims, no natter how wounded, can move in to a new reality, where they are no longer victims. 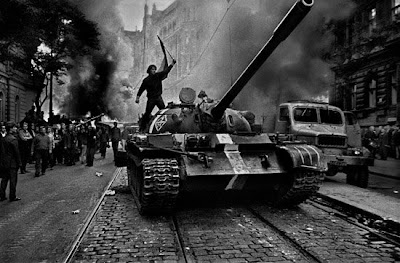 Realities live within a time frame, they are not inevitably eternal and many one time realities have gone on to become historical anachronisms. The brave Czechs fought hard and finally shook off the yoke of Communism, they are now a free nation and their president is one of the few great statesmen and defenders of freedom left in Europe. The Czech reality has changed, and surely we all hope that the Congo, Afghanistan and Zimbabwe will also, in time, find new realities.

Britain has lived through prior realities which have passed into the history books, we were, after all one of the early European republics, and no doubt those living under drab Cromwellian rule believed their reality had changed forever.

The belief that the present is forever and can never be changed is the friend of demagogues and abusers, it is a lie designed to enslave us. Don't get me wrong, I know how convincing that lie can be, given that so much of what we see and read is designed to promote that lie. However, we must not be deceived by, for instance. the diversity worship we see daily on our TV screens, that is nothing but the Western equivalent of the little flower girl singing to the Dear Leader, it is state sponsored propaganda and no more proof of permanence than she is.

Today's “reality” exists only for so long as it is permitted to. History shows us that one time realities fade and new ones take their place. Today's reality may seem ugly and depressing, but it is mostly smoke and mirrors. Our enemies can flaunt today's victories, as Hitler might have flaunted Dunkirk, but that should not stop us fighting for a better tomorrow.

The truth is that, for all their bragging, our enemies were never so weak as they are today, and it is at times like this that realities can change.

How to Destroy a Nation

Hi Adrian, I am afraid that the first link "How to destroy a Nation" is not available in the UK, do you have another link you could post?

The second video is very well made and thought provoking.

What you say about the UK applies to the USA as well. We are brow beat with the term "racist" just as you are. I have decided that I am proud to be called a racist; it means that I can tell the difference and have not been fooled into thinking that there are no differences. I have seen these differences repeatedly throughout my life, and I know that they are real. So yes, I am a racist - I recognize differences between races.

You are also eminently correct in saying that "we never consented to what has been done to us, we were merely never permitted to say NO." Very well said!

As you have observed, today's reality is transient, and with effort it can pass into a better day tomorrow. This is what we must work for.

THE ISLAMIC INDEX - an alphabetically arranged list of facts about Islam that the establishment doesn't want you to know.

All of this applies to all of the West! It is the same in Canada... well written article, more please.