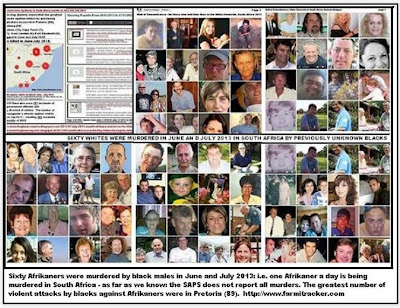 Between the 1st of June and the 31st of July this year at least 60 white South Africans were murdered by black males.   The silence from killers' willing accomplices in the world's media is deafening. 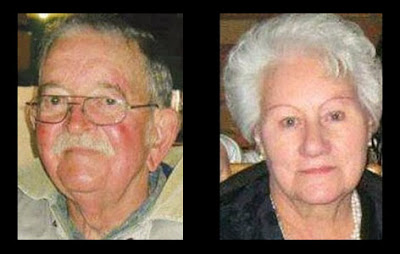 Meanwhile, as August begins, a Parys court has heard gruesome testimony in relation to the killing of  elderly farming couple Annetjie and Ernest van Rooyen earlier this year. Whilst 77 year old Ernest apparently died from shock following a stab wound to his chest, his 76 year old wife was stabbed, then tied up, placed alive into a freezer, and left to suffocate.

Naturally those sections of the South African media which reported this crime were sufficiently craven to refer to the killings as having occurred during a "robbery", which suggests the press share some of the hate which this crime clearly involved.