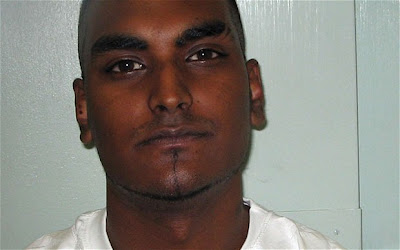 This is the ironically named Sunny Islam, another of Eastern masses who are so enriching our country. Islam is a Muslim extremist who was convicted this week of a series punishment rapes of women, including a 15 year old girl, who he considered to be insufficiently modest in their choice of dress or their behaviour.
According to the Daily Mail:

"Sunny Islam, 23, who comes from a strict Muslim family, dragged his terrified victims - including a 15-year-old - from the street at knifepoint, bound and assaulted them during a two-month reign of terror."


"Islam, who told the jury he was a practising Muslim, was convicted of seven charges of rape, one of sexual assault and one of kidnap."


According to the Telegraph the police fear that Islam may have attacked many more women.
Don't you just know that this story will appear in a TV cop show either here or across the Atlantic in one of their brain washing specials like"Law and Order Special Victims of Nasty White People Unit"
but, as I described in a previous article "Ripped from the Headlines and Ethnically Cleansed", instead of an Asian Muslim, it will be an extremist white Christian punishing some liberated immigrant girls.

He is not an extremist Muslim.

He is a practising Muslim.

The difference is vast.

The Prophet of Doom