The loss of innocence, truth and justice. Seeing Britain from a distance. 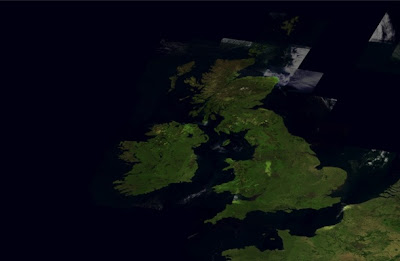 Throughout the Western world people are under attack from ideologues determined to remove the last vestiges of Western Civilisation as we know it. This ideology from a vicious cadre of criminals infecting the Western world has been developed over the last 50 years in a concerted attempt to revamp our civilisation into a subservient polyglot race. This affects not only Europe but the USA and Australia as well.

So far they have succeeded very well by infecting local politicians with the rewards of office in return for a vote which adds another small piece of the chain on the freedom of Western individuals. The creation of the European Union seemed, at the time, to be a way of improving trade between European nations. Little did we know of the treacherous plan behind it and the sublimation of national governance to a foreign Government centred in Brussels.

Today we can only shake our heads as we see just how far our world has been changed by these criminals. When Enoch Powell gave his rivers of blood speech people thought he was way over the top and he was politically ostracised yet even he would today be stunned by the changes which have occurred in our world. The mass immigration of black people is only one aspect of these changes yet is the one most notably seen. However probably the most insidious is the political correctness apparatus which goes to extreme measures to rescind freedom of speech and freedom of the individual by whatever means is deemed appropriate at the time.

Growing up in Britain just after the war children were cosseted into being children because of what our parents had been through and we were taught right and wrong, good and bad and many of us were innocent and naïve about the ways of the world because in the main our parents wanted to ensure that we never went through what they had to. So our lives were pretty innocent as we were taught that the family was all important, authority was respected in all its forms and education was necessary in order to get a start in life. So most of us did as we were told and followed the same path maybe losing a bit of innocence as we read the “News Of The World” in our teen years and then going on to higher education or learning a trade. None of us realised that momentous events were taking place and even if we had realised it none of us were in a position to do anything about it. Our naivety and our innocence stopped us being aware of these changes until it was too late. Far too late and then when Edward Heath took us into the common market, still then, we did not realise that he had given away our birthright!

We lost our innocence when we were exposed to the bright new media of television and we lost it again when the media machine started to take control of our lives and our minds. Without realising it we were being told what to think, what to buy, how to live and in some cases how to die. Slowly but surely over the ensuing years we have been indoctrinated into the bright new world of political correctness, the rights of the individual and the acceptance of loss of freedom. We know that however we vote in any election we end up with a politician who is bought and paid for by nameless and faceless men in Brussels. We can’t complain about immigration because the immigrant is an individual just like us who has the same rights and freedoms as we do and to complain about it infringes on that individual’s rights and freedom to exist. It does not matter that we are currently drowning in immigrants who exert a tremendous cost on the public purse or on basic resources.

The older generation still has the values with which they were indoctrinated as children and are still naïve enough, even today, to believe that things will come right in time because they always did in the past. This is probably the main reason why they do not rail against the changes affecting society because they do not see that anyone or anything is behind these changes. They simply believe that society goes through changes and in time will come back to the same values which they have been taught. The younger generation is quite a different aspect altogether. They were brought up in a country where their education was controlled by the new visionaries, where their thinking was already done for them and the media spoon -fed them with the correct points of view. The country that the older generation knew had already ceased to exist and was only found on “ Time Team” or in the pages of “This England” Magazine.

Whether they know it or not the United Kingdom is already welded on to a modified Europe and no matter what the older generation want it can never go back to the glorious days of Great Britain.

We who see from a distance the broken and stolen country that we used to call home can only weep for the past because it has no separate future no separate independence and soon no individual character. Just another European country of indeterminate character where truth, justice and individual freedom only exist in the mind, not in reality.
Posted by Sarah Maid of Albion at 12:36

Just a quick one, Mike, to say how much I agree with your article and how it hits home in every respect with my own views, particularly the section from 'growing up in Britain just after the war'.You are probably in my age bracket,I was born in '42, hence the dearth of comments. The majority of internet users are too young to know what you are talking about.

Just a quick one, Mike, to say how much I agree with your article and how it hits home in every respect with my own views, particularly the section from 'growing up in Britain just after the war'.You are probably in my age bracket,I was born in '42, hence the dearth of comments. The majority of internet users are too young to know what you are talking about.

"The older generation still has the values with which they were indoctrinated as children and are still naïve enough, even today, to believe that things will come right in time because they always did in the past. This is probably the main reason why they do not rail against the changes affecting society because they do not see that anyone or anything is behind these changes. They simply believe that society goes through changes and in time will come back to the same values which they have been taught."

Exactly. My mother gives me this fairy story all the time. She always go on about how the pendulum is swinging back. All efforts at examination and discussion of reality are futile.