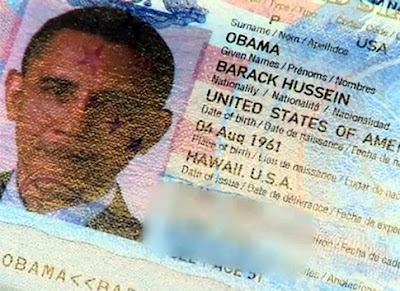 Some while ago I posted a video of Lieutenant Colonel Terry Lakin explaining his reasons for refusing to be deployed to Afghanistan until US President Barrack Obama provide proof that he is eligible to serve in the role of president. That is to say, proves that he is a natural born citizen of America, as required by the US Constitution.

Lakin contends that, if Obama is not eligible to be president, then he does not have the legal authority to order soldiers to go to war, and in all likelihood kill people.

If that were the case then he, Lakin could be guilty of a criminal act, arguably a war crime in breach of international law were he to obey those orders.

A hearing is scheduled in Lakin's court-martial case this Thursday at which a ruling is expected on defense requests for the release of some of the documents which the president has so far withheld.

When posting the video, I did not express any personal view as to the merits of Lt. Col Lakin's argument, other than to say that he was a brave and honourable man, and certainly a bigger man than the rag taggle troop of media whores and pundits who are currently attacking him on tawdry, pretend news, sites such as the congenitally dishonest CNN and the progressively unwatchable MSNBC.

The posting received quite a lively response, including a number of comments from from people who took the view that Lt. Col Lakin's case had no merit, he was either deluded, racist or a coward, that Obama had already proved he was born in the US state of Hawaii and therefore had no case to answer.

The comments can be read by clicking here, and hope I am not misquoting anyone, however, as I read it the arguments were widely as follows:

Most of these points (apart from the passport image, which has only just appeared) are addressed in a lengthy analysis of Obama's claims to eligibility by Douglas J Hagmann of NorthEast Intelligence Network these are compiled into two reports which are available in the following PDFs:

I fully acknowledge that Mr Hagmann is not an unbiased source, however, when you look into this matter it becomes clear that very few of the sources on either side are unbiased, including those who claim to be “independent”. Therefore, so as to judge this issue, one has to rely on the quality of the analysis, rather than any claimed neutrality on the part of the analyst.

This is not difficult, given that there is very little attempt at analysis on the part of Obama's defenders, (or the “believers" as one might call them) just a lot of arrogant jeering and name calling, whereas Douglas Hagman makes some very telling points and raises issues, especially in part 2, which have not been satisfactorily answered. Hagmann's reports make interesting reading, and I urge you to read them, whatever your take on this issue.

At this point I would like to make clear that I have no idea where Obama was born, he may well have been born in Hawaii as he claims, however, the fact remains that, despite claims to the contrary, this has not been conclusively proved.

A significant number of questions have been raised which cast doubt on Obama’s claims, and these questions have not been satisfactorily answered. In addition to this, there is some evidence that Obama and his supporters may have deliberately sought to mislead the public over this issue, which in itself is troubling. Meanwhile the president has spent at least one million dollars, some estimate the figure as two million, in efforts to prevent the release of documents which would answer the question.

This inevitably raises the suspicion that something is being hidden, and it is something which the president of America does not want the American people to know.

Why does this matter?

It matters because the person involved has been placed in the position of being the most powerful human being on the planet. He has at his disposal one of the mightiest arsenals of weapons ever assembled, weapons which destroy planet Earth many times over, and he has the power to order their use against any nation he chooses to. He is at the head of the worlds only current super-power and has at his command the means of impacting upon the well being, or otherwise of every nation and every individual alive today and upon their descendents .

Furthermore, the truth or otherwise of this matter reflects directly on the integrity of the leader of the free world, and surely that matters to us all.

To grant one man such power it is essential to at least know who he is. A few bits of circumstantial evidence suggesting he may be who he says he is are not good enough.

As Douglas Hagmann points out there is a difference between evidence and proof. What has been produced is evidence, what is in short supply is proof.

For instance, in a murder trial, evidence could be that you own a shoe with an imprint similar to the footprint left in blood a murder scene.

Proof on the other hand is demonstrating that the mark was left by your shoe and that your foot was in it at the time.

Obama's supporters point arrogantly at the shoe print, they have not, however, put Obama in the shoe.

According to Hagmann, Obama's refusal to produce the documents asked of him, would automatically exclude him from becoming the head of any major business corporation, do we really require less of the leader of the free world?

In the remaining part of this article I will comment on the various arguments in support of President Obama’s eligibility. As this runs to some length, the article continues on Sarah Maid of Albion II.
CLICK HERE TO CONTINUE READING
Posted by Sarah Maid of Albion at 10:14