News from the blood spattered rainbow 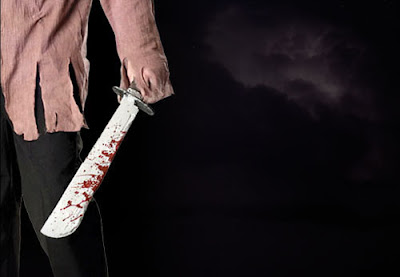 The following two news items, neither of which will appear in the western media give a glimpse of reality within the new South Africa following the end of the reviled Apartheid system and the ascendancy of the sainted Nelson Mandela and his successors.

Another farmer has died cruelly in South Africa, the news story has not yet reached the English speaking news outlets, however, Dina, one of my South African readers and a regular source of information has kindly translated the report in the Afrikaans news, which I have summarised as follows:

Farmer murdered in front of his family

Peter Snyman a farmer in his late 50's, who was left helpless with his hands tied behind his back, hanging from the bath handle, died in his wife's arms in their farm house near Mara. Mr Snyman had been attacked by four assailants and suffered several panga (machete) strikes to the head as well as being stabbed in the chest with a hunting knife. The attack took place in front of Peter Snyman's family.

The attackers, armed with hunting knives and a panga, had earlier overpowered Mrs Jeanine Snyman and the couple's 12 year old daughter daughter, Sharon (12) inside their house.

According to reports, the woman and child were repeatedly assaulted & tied up in the bathroom. When Mr Snyman, who had been working else where on the farm arrived he was also overpowered, tied up and dragged into the bathroom where his wife and daughter were being held. When the older daughter Tracy arrived she was also attacked and tied up with her family

The murderers demanded money & weapons, whilst repeatedly attacking Mr Snyman with the panga. They then locked the family in the bathroom and searched the house.

The three traumatised women eventually managed to free themselves and Mrs Snyman held her fatally injured husband in her arms until he died.

When the police arrived on the scene, they refused to enter the building, until after neighbouring farmers had checked the house to make sure it is safe.

Snyman's body was found in the bathroom with gaping wounds to the head. His hands were still tied.

According to my calculations, Mr Snyman is the 3,080th white farmer to die since the end of Apartheid*
WARNING: readers may find the following story disturbing as it involves the torture and murder of a small child

Two men have been arrested in connection with the murder of a 3-year-old girl whose body was found mutilated in Thabong over the weekend, Free State police said on Sunday.

Inspector Malebo Khosana said the men, aged 28 and 40, were arrested following intensive investigations into the murder of Onele Galata whose body was found on Saturday.

The toddler went missing on Christmas Day and a case was opened on Saturday morning.

Her body was found with multiple stab wounds to her face and body on Saturday afternoon at B-Hostel in Masole Street.

The child's private parts had been removed while her intestines were left protruding out of her body.
The news item goes on disingenuously to state that “The motive for the killing is still unknown” whereas the reporter knows just as well as we do that this is a muti killing, where body parts were taken from the child, whilst she was alive and conscious, for use in tribal medicine.
News source
______________________
Hat Tip: Dina

* I am only able to report the number of deaths which I am made aware of and which I have been able to verify. Retired Dutch journalist Adriana Stuijt who runs the Censor Bugbear Reports and Afrikana Genocide Archives and who has researched the subject in considerable detail reports that the total number of such death is in fact 3,119. I highly recommend Ms Stuijt's two excellent sites to all my readers
Posted by Sarah Maid of Albion at 12:15

Where are the liberal, communist loving, multicultural advocates now, who come to this blog spewing lies and misinformation. Let us hear your pathetic comments on these true news stories. No less than barbarism and savagery, which you scum happily support or turn a blind eye to.

All liberals -- including conservatives who accept multiculturalism and work hard not to be called "racists" -- are responsible for this.

South African farmers will have to reassess their security situation. The "natives" have no respect or reason to abide by the rule of law, the state is not going to support them, so they have to make defense of their living areas their number 1 priorty, including the acquisition of unregistered weapons.

collective defense and co-operative farming is what they have to go for.