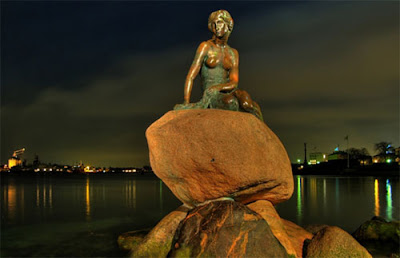 A Selection of quotes:

A meaningful and unprecedented agreement

The meeting has had a positive result, everyone should be happy.

It looks like we are being offered 30 pieces of silver to betray our people and our future.

Anything above 1.5 degrees, the Maldives and many small islands and low-lying islands would vanish. It is for this reason that we tried very hard during the course of the last two days to have 1.5 degrees in the document. I am so sorry that this was blatantly obstructed by big-emitting countries.

I ask whether - under the eye of the UN secretary general - you are going to endorse this coup d'etat against the authority of the United Nations.

Copenhagen has been an abject failure. Justice has not been done.

The city of Copenhagen is a crime scene tonight, with the guilty men and women fleeing to the airport.

[The draft text] asks Africa to sign a suicide pact, an incineration pact in order to maintain the economic dominance of a few countries. It is a solution based on values, the very same values in our opinion that funnelled six million people in Europe into furnaces. (Ed: Just a tad OTT there don't you think?)

(I made up the last one)

If Africans had any brains they would stop breeding and solve the problem of climate change themselves with no help from anyone.All they want is money ,money and more money.

I'm not so sure you are correct on the Bush quote, Sarah. Maybe so, maybe not.

How exactly do the governments of the world ensure that the Earth's temperature does not climb above 2 deg celcius - a very precise figure? Is there a big thermostat switch that we don't know about somewhere? What if the Sun burns a bit brighter in future and the Earth gets a bit hotter, then what? Do all industries have to shut down?
This man made global warming story is all nonsense. The Sun heats the Earth and has been doing so for a long time. That's why we have ice ages (brought about by cataclysims) and then we come out of them by way of the Sun's heat.
This entire Copenhagen con is all about creating a dictatorial one world government and increasing taxes to achieve it, and eveyone is falling for it.
The people of the world are about to get the government they deserve.

Lord Monckton give a very quirky but impressive performance, well worth viewing but put the kettle on firtst , it's rather long.