Why Africa Will Never Succeed 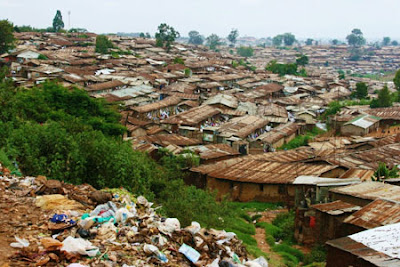 The following article is attributed to Graham Allardice Project Manager MPED South Africa, I don't know if that is true, but nevertheless it is an interesting and thought provoking read.  Thanks to Laager for bringing it to my attention:

Why Africa Will Never Succeed
I expect, like me, you are aware that there has never been a prosperous black led country, but perhaps just blamed their “bad luck”, or whatever, for that uncontradictable fact.
Take Haiti as an example. Before the black slaves revolted and killed all the whites and half castes Haiti had a GNP greater than most of what is now the USA. It supplied 60% of all the sugar used in Europe.
Today it is a wasteland. Apparently if you Google Earth the place it is a sere, brown colour compared to the neighbouring Dominican Republic which is green and verdant.
Twice the USA has occupied Haiti, building roads, ports, hospitals and schools while putting in a functional society,
The moment the Americans left they reverted to dictatorship, voodoo, witchcraft, corruption and barbarism.
Continue reading at South of the Zambezi
Posted by Sarah Maid of Albion at 12:01

No, I cannot think of why the continent where the wheel was never invented could not succeed.