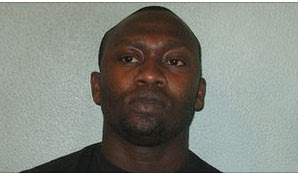 Serial rapist, Lawrence Dugbazah, 31, who came to Britain from Ghana in 1999 and who violently attacked a number of women walking home in the early hours of the morning, has been jailed indefinitely for public protection.
In addition to the rapes Dugbazah was guilty of a series of other crimes including theft from his employers, identity theft, fraud and passport offences.
News report 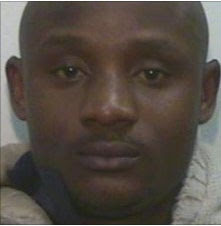 Thank you for the update, Sarah

On the basis of assumed racial equality, we should soon see about 10 white Brits arrested for similar offences in the same area(s) in the not too distant future.

How are we supposed to recognise these alien humans? They look too much alike to me. Are they brothers? Our society was so much better without them, any of them. Yes, I am a race realist.

last night the BBC had a ten minute long section on the white peado but nothing on the multiple ethnic peado, rapists etc

The BBC is an enemy of the British people specifically, and Europeans in general.

So what's new and what are 'we' going to do about it other than you publish and we read?

10 years on and when your kids are increasingly more vulnerable blogs like this will still be venting and doing nothing.

Mainstream news media has awesome power to paint the Majority's perception of reality.

They can for instance create news at will by merely interviewing one political figure and then point out some controversial point that person was found to strongly differ on with another popular figure. "Pseudo Events"

They can also un-create events that actually do happen just by not reporting them, or describe it in a way more fitting with corporations or regulatory agencies they must appease.

why does Europe need these people? When ever I visit Europe, these Africans just sell useless trinkets on the sidewalk.