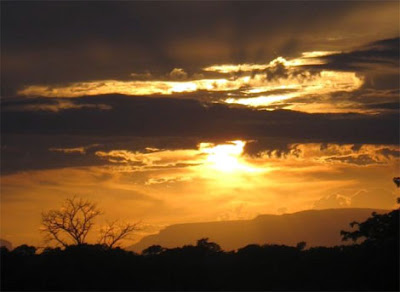 A 17-year-old youth has been arrested for the murder of a farmer in Merweville, in the Western Cape, police said on Tuesday.

Frederick Snyders, 35, and his wife were sitting on their porch when one of their farm workers walked up to them on Monday evening, he allegedly took the deceased's rifle out of his truck which was was parked outside and suddenly fired a shot in his direction, killing him instantly with a single gunshot to his head.

The youth fired further shots at the farmer's wife but missed. According to the report the alleged killer later handed over the rifle to the wife before handing himself over to the police.

The youth apparently worked on the farm at the time of the incident and police believe the motive for this murder was "an argument" between the farmer and the youth on Monday afternoon,

Report
Posted by Sarah Maid of Albion at 12:04

The youth was black?

I think you may have won the prize there Laager!!

Life is really filthy cheap in the wild western cape .

life is cheap for all africans.
Anywhere in the world where they congregate this is how they solve any argument. People that dont know this is just not paying attention.

You will probably discover thet the farmer reprimanded the employee (black? youth) for some minor misdemeanour related to his work performance.

This is how liberated Africans resolve their disagreements and disputes.

Where is MP Peter Hain now?

Absolutely silent given that the score is approaching 4,000 farmer killings in 17 years.

Not quite going according toe the integrated-non-racial-democratic-equal-human-rights-happy-clappy-rainbow-nation script he promised white South Africans would come to pass.

Well if your grow up with a language that's barely better than grunts and clicks, you don't posses the vocab to discuss things, so you have to resort to other forms of communication.

I sincerely believe that their language which lacks higher reasoning and abstract conceptualizations, has chosen the genetics which allow such a languages to exist.

They are savage, I feel for that family.