Not such a Social Construct 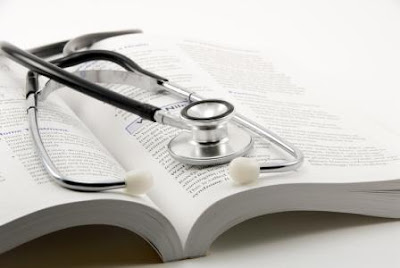 Medical science and ethnic disparities in bone marrow donor registry lists have once again illustrated the reality of race as a biological concept, disproving leftist lies which claim it is a “social construct.”

New reports which have focussed on the problems surrounding suitable matches for bone marrow transplant patients have inadvertently revealed why race does exist, and why it matters for humanity’s sake.

The statistics revealed that:

- White British people have a 1 in 3 likelihood of finding a bone marrow transplant match.

- Asian or black people living in Britain have a 1 in 125,000 likelihood of finding a bone marrow transplant match.

- People of mixed race living in Britain have a 1 in 200,000 or more likelihood of finding a bone marrow transplant match.

- There are 16.9 million people on the NHS Organ Donor Register. Of this number only 1.2 percent are Asian and 0.4 percent are black.

The statistics are significant because they reveal that race is a major factor in determining biological diversity and those different racial groups have different attitudes towards social responsibility projects such as organ donation.

Transplanted organs require the same blood and tissue type in order to prevent rejection by the body’s immune system.

However, compared to organ transplants, bone marrow donations need to be even more genetically similar to their recipients.

Since all the immune system's cells come from bone marrow, a transplant actually introduces a new immune system to a person. Without genetic similarity between the donor and the patient, the new white blood cells will attack the host body.

According to the World Donor Marrow Association (WDMA), the chances of white people finding a match within their racial group is two out of three, while other racial groups have a one in four chance.

The WDMA holds a global registry of donors, which is still disproportionately represented by white people from the US, UK and Germany.

The chances of a person of mixed racial origin finding a match is even less because of the complex genetic issues involved. People inherit blocks of tissue type from both parents, which means that mixed-race children have tissue types which are the rarest of all.

Usually, only people of identical racial origin even have a hope of finding a matching donor.

This means that people of mixed racial origin in need of major organ transplants have almost no chance of finding an exact match, even in highly mixed societies in which the gene pool is very intertwined.
______________

Yet one more good argument (as if we needed another) against race mixing.

Excellent article Sarah, it adds even more grist to our mill, helping to dispel the pseudo-science, and to warn of the dangers of the Leftists 'melting pot' rubbish.

An associated statistic is the ratio of tissue donors, Blacks: Whites. The Black contributors are virtually nil. The same statistic is reflected in charitable donations, missionary organisations, emergency aid volunteers, and volunteer teachers and healthcare workers: Blacks, for practical purposes are nil contributors (the figures are readily available). Do not expect Black immigrants into Europe to contribute compassion and charity to their host society. That benefit to society has not and will not occur, but Black absorption of European charity has and will continue to deprive the indigenous Europeans significantly.

Excellent article. The facts speak for themselves: miscegenation is inherently evil.

Its also quite a staggering statistic that 30% of those awaiting NHS organ donations are non-white. This could mean one of two things - that 30% of the population is already non-white or that non-whites are less than 30% but use disproportionately far more taxpayer-funded services like the NHS.

So diversity may be well be a strength - but only for the non-indigenous parasites...!