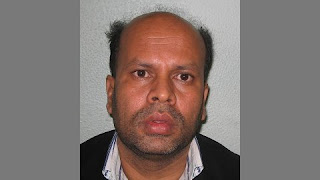 A Tower Hamlets immigration adviser has been jailed for three and a half years after he was found guilty of helping people enter the country illegally using fake identity documents. Mujibur Rahman, 44, of Rounton Road, worked as a registered immigration adviser (cont) 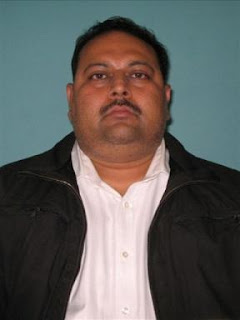 
A corrupt legal adviser from Hayes is facing a further three years in prison unless he hands over more than £245,000. Ravi Gupta, 41, of Carlyon Road, was jailed in August after admitting 14 charges of assisting illegal immigration and one of obtaining leave to remain by deception. As an accredited immigration law adviser, Gupta made thousands of pounds supplying clients with fake documents including certificates and pay slips that helped their immigration applications.(cont:) 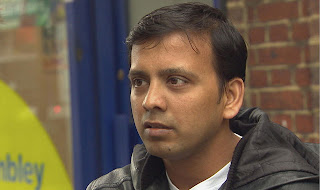 A Home Office-licensed immigration adviser exposed by Sky News for arranging a sham marriage has been sentenced to seven years in prison for another immigration fraud. Jayesh Patel, 35, was first arrested in May 2010 after he was secretly filmed offering to supply a groom to a Sky undercover reporter for £12,500. Information found on Patel's computer suggested he was also helping migrants obtain visas by inflating their real earnings with bogus salaries and he was re-arrested in September 2011. The Home Office highly skilled migrant scheme was designed to attract talented workers such as doctors or engineers who could contribute most to the UK economy. (Cont) 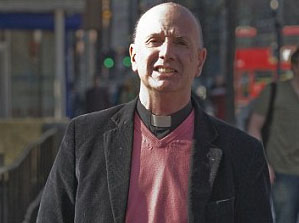 
A vicar who helped carry out nearly 250 sham  marriages, pocketing £30,000 in proceeds, was called  ‘disgraceful’ and ‘greedy’ by a judge yesterday. The Rev Brian Shipsides, 56, was jailed for four and a half years for arranging bogus  ceremonies for African nationals to marry European citizens so they could stay in Britain (cont)

Only the last of these looks like an Englishman to me. The rest should be deported permanently, never, ever to return. The vicar should be put away for at least 20 years and receive no church pension. He is a venal disgrace!

send them back said...

The more dregs that are allowed in, the more the UK starts resembling the shitholes these dregs came from.

This is what they do in shitistan, and shitndia, that's what those dregs do in those countries, and that's what they turning the UK into, an illegal immigrant shithole, sucking up government grants and pensions that they don't deserve.

How shamefull, the country that took victorian ways around the planet, the country whose ethic spread to the 4 corners of the earth, whose culture helped shitholes to deshithole, is now a haven for the shithole virus.

ANC
Displaying some killer moves for a guy of his age,
South African President Jacob Zuma leads his ANC faithful
in a festive, rousing rendition of "Kill the White Man" at a recent rally in Bloemfontein:
www.youtube.com/watch?v=QCILT7NhmIk

“White men alone possess the intellectual and moral energy which creates that development of
free government, industry, science, literature, and the arts, which we call civilization.
Black men, can neither originate, maintain, nor comprehend civilization.”
-Sidney George Fisher, Laws of Race, 1860