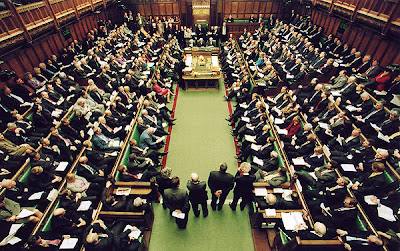 By Mike Wilson
The Greeks apparently invented it and in Britain democracy has been installed since the time of Cromwell.  Democracy is supposed to be government elected by the people to run and organize the state for the benefit of the people. At least that is how most of us see it although the pragmatists will probably define it in a way that says the same thing but using language that most people don’t understand. However we define it, democracy is supposed to represent the will of the people of the state. Britain has fought wars to defend democracy and to help others to do the same. So why do we still talk about a democratic government of the UK when it is blindingly obvious that such a government does not exist?
There is no democratic government in the UK and the will of the people has been usurped by foreign interests whose sole intent is to radicalize the country so that it becomes subservient to the will of a foreign power i.e. the European Union of socialist states. Democracy cannot exist when the will of the people is ignored and when the elected government embraces foreign laws to the detriment of the majority of the electorate. Politicians supposedly looking after the interests of the British taxpayer are too busy reaping the rewards of being in office and as a result very few have the interest of the average Briton at heart.

We all remember the fiasco of politicians claiming expenses for things which were undeniably absurd yet such practices are condoned and even encouraged by the mob in Brussels because it keeps those people in positions in order to maintain control over the electorate. Whether someone voted liberal, conservative, labour or anything else it mattered not a jot as the end result was a politician busy buttering his bread at the expense of those who elected him. It is quite obvious to most people that democracy has had its day and that in order to save Britain something else and someone else must come to the fore.

So called democracy has been the downfall of this once great country and the traitors who arranged the alliance with the European Union knew that the majority of people simply did not understand the ramifications of such an event and therefore the people did not voice a strong democratic argument against the proposal. That was then and today it is too late. In fact several years too late as the sixth and final EU treaty formally replaced Britain with the European Union on 1st January 2009. The Treaty "takes primacy" over the British Constitution which it thereby abolished, and with it the nations of Britain and England; it gives the EU the power to close our Westminster Parliament. The Lisbon Treaty was our Anschluss - It took 4 years for the founder of the EEC, Adolf Hitler, to turn Austria into a full police state after he annexed it. Similarly it will take the EU 3-4 years to consolidate its power, and it will then be impossible to get out.

The Conservative, Labour and Lib-Dem parties pass EU treaties, EU laws, EU regulations and EU policy; over 80% of its legislation and policy is the EU's. Our five party leaderships take their orders from the EU, not from the voters, which is why your vote makes no difference, and the reason your wishes are ignored.  Democracy is dead in Britain.

Westminster has passed over 300 major laws, like the Civil Contingencies Act, to "harmonise" our laws with the EU's. The loss of freedoms and emerging police state is the result.

They have also passed 120,000 EU regulations; the 10% enforced so far have closed scores of thousands of businesses, from village petrol stations, to big industries like the Rover Car Co, to post offices (EC-9767). When fully enforced most of Britain’s 4.5 million small businesses will have closed, and most of their 13.5 million workers will be unemployed.

Yes, the EU will cause abject poverty, but in Britain alone. These 120,000 regulations do not apply in other EU countries. Nearly all the new "daft" rules, from dustbin over-enforcement to the Intercept Modernisation Bill (spying on our mail, email, phones; EU directive 2006/24/EC; see the Interception Communications Commissioner) to the complete removal of the public's wishes from local planning permission, stem from EU legislation.

The leaderships of the Conservative, Labour, Lib Dem, UKIP and BNP parties are run by placemen loyal to the EU. There is only one British political party - the EU party - we already live in a one party state.

So when you thought that your country was still at the cutting edge of freedom and democracy in this turbulent world, you were wrong. The democracy you thought you had just simply does not exist. You have lost the right to free speech, your towns and cities are filled with rainbow people and those in power have consolidated their position by ensuring that any person speaking out is deluged under the epithet ‘Racist’.  The EU is busy determining where in Britain they will build the new slum tenements and towns to house the hundreds of thousands of ethnic persons who will be encouraged to come to do the jobs that the average Britain will not do. You cannot speak out about it because under the ‘ New Democracy’ you will be charged with inciting racial hatred.  Yes, it is true, democracy no longer exists in Britain, like most things it is just a distant memory of what we had in the past so forget about voting for your favourite politician and instead go to the pub. The results will be just the same.
Posted by Sarah Maid of Albion at 13:26

This is pretty well on topic and alarming.

Thomas Hobbes said that "Force and fraud are in war the two cardinal virtues."

There's plenty of both in the above video. The British nation is being subjected to warfare that many don't even know they're in.

Some of the 'anti-racist' slogans will be very familiar.

Note that the video sticks temporarily in a couple of places at the start and it ends abruptly. Otherwise, it's chillingly good.

(It may be better to go to the original link to overcome the viewing problems.)

Note too that in this country, the invaders have the authorities on their side, by and large, for now, which gives them the kind of stand-over power that the invaders manifest in the video.

P.S. Thanks for the email notification restored, Sarah.

Your grandfathers must be turning in their graves to see the deplorable state the modern generations have brought their once great country to.

How many of the modern generation have given their lives for the same purpose?

Sorry chaps if the truth hurts.

Now this is really telling it like it is! I'm surprised Pete has gone so far but this is an interesting take on what has been done to Liverpool by the local elites in the interests of the international oligarchs they serve.