Some EU schemes to Islamify Europe 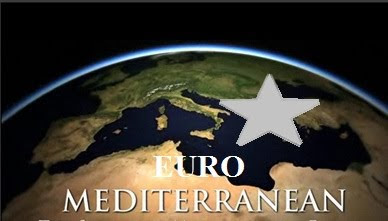 This is not a titillating novel nor a light read but a serious attempt to uncover EU schemes to destroy our European civilisation and replace it with islam. I have put lots of links because I want others to research this too and I hope write up what they find.

There were a series of secretive European Union-agreements with ten European and North African Countries. It is a series of meetings from The Barcelona Agreement to the Euro Mediterranean Declaration of 1995. The following is an abstract with links so readers can check my sources and I hope pursue their own research and writing.

The Euro Mediterranean Declaration was agreed by the EU, Morocco, Algeria, Tunisia, Egypt, Jordan, the Palestinian Authority, Syria, Lebanon, Turkey and Israel and comprises(1) comprehensive political partnership, among other things about:

Establishing a free trade area and economic integration to begin in the year of 2010
Considerably more money for the partners
Cultural partnership.
Respect for Islam Is Guaranteed by the EU

Multiculturalism is to be respected in order to promote tolerance between different ethnic groups in society. The importance of a resolute common campaign against racism, xenophobia and intolerance is emphasized. This was predicted by Vladimir Bukovsky from secret documents he filmed in The Kremlin

Close mutual European-Muslim influence on radio, television, newspapers and magazines is to bring about cultural understanding. The EU will actively promote such mutual influences. Youth exchange is one of the instruments for cooperation between future Euro Mediterranean generations. Barcelona declaration adopted at the Euro-Mediterranean Conference [27-28/11/95] Secret EU-deals with 10 Asian and North African countries (2)

The EU Offers the Populations of 9 Muslim Countries Free Movement of Goods, Services, Capital and People into the EU.

In return for concrete political and economic changes the EU offers integration in the expanded internal market of the EU and the possibility to obtain free movement for goods, services, money and people.

Association agreements have been made with all partner countries except Syria Euro Mediterranean Foreign Minister Conference in Naples 2.-3.12.2003. (3) This document should give you an idea of who runs the EU.

Interestingly this account was published by the EU-commission 6 days before the Foreign Minister Conference was held! (5)

Confirmed by the Danish Prime Minister on 29.08.06 in correspondence. However, the Prime Minister twice refused to inform why he, our governments and the media have kept absolutely silent about the Euro Mediterranean Project.

Three weeks after the terror attack in 2001 on the WTO Center in New York, the EU submitted to Islam, and the Euro Mediterranean Project is now being used as a means of attracting Muslims into Europe: “ 'The ministers declined as both dangerous and unfounded any connection between terror and the Arab and Muslim world. In this context the importance of the Barcelona Process was emphasized by everybody as a suitable and recognized instrument to promote a dialogue between equal partners and civilizations.

The ministers agreed to work on deepening the on-going dialogue between the cultures and civilizations, especially wanting to direct attention towards youth, education, and the media”.
Extract from the- Euro Mediterranean Foreign Conference in Brussels on the 5th and-6th of October 2001:

“The ministers declined as both dangerous and unfounded any connection between terror and the Arab and Muslim world. In this context the importance of the Barcelona Process was emphasized by everybody as a suitable and recognized instrument to promote a dialogue between equal partners and civilizations.

The ministers agreed to work on deepening the on-going dialogue between the cultures and civilizations, especially wanting to direct attention towards youth, education, and the media”

The European Union and the European Council Want to destroy our respective ethnic identities:

“Cultural policy must avoid the popular distinction between 'them' and 'us', even mentioning 'the other' , as this opens the gate for imposing collective identity on the individual”.

'Identity is the root of all conflicts'

According to the World Culture Forum Alliance, founded by the Ford Foundation, which is inextricably tied to the US Council on Foreign Relations and the CIA. The EU and the European Council are also attached to the WCFA. (7)

We are being educated from our 'stereotypes and prejudices' towards Islamic culture which is the program of the Euro Mediterranean propaganda apparatus: the Anna Lindh Foundation. this was founded by the Arab League, the EU, European Council, and UNESCO (8):

“We will tackle stereotypes and prejudices and ignorance and change the daily 'news journalism' to portray every-day life of ordinary people, which can create identification and fascination – and intercultural understanding. We will tackle our stereotypical images of people from foreign cultures and make new experiments with pictures in public places, in the media, and advertising.

And we will have common projects with people from other cultures. We will develop the intercultural skills of journalists, school pupils and artists and exchange people from these groups with (muslim) colleagues. We will manage art and cultural productions. We will train the school teachers and influence their education to be multicultural.

And we will influence the curricula of the schools to become multicultural by means of revision of existing textbooks and educational materials.

They arrange giant Muslim Youth Festivals like the 'Images of The Middle East', which lasted 6 weeks in 2006 in Denmark.

A Speech by the head of the 'Danish Center for Culture and Development' (CKD) which is run by the Danish Foreign Ministry on the 13 of May 2005 in Rabat. (9)

The EU have cooperation agreements with the Islamic Educational, Scientific, and Cultural Organization, which states in article 5a of its charter, is to disseminate Muslim ways of thinking and living through the world. (11)

The British Council is in the thick of deculturing us as usual. (12)

The Euro Mediterranean Project is a Globalising movement towards the One-World State:

"When limitless continental democracies and cooperative assemblies are possible global democracy is just around the corner.” (13)

We are under attack by 'utopians' who are destroying our civilisation and way of life for a new world Marxist-like to rise from the ashes which will take a totalitarian state run by unaccountable police to force people to integrate.

Our Politicians fantasise that Western ambitions are the same as Islam's which is the aim of the 'Holy' Quran:

“Our obligation to the values that mean most to us – freedom, tolerance and justice – has grown even stronger and deeper since the London bombs. So has our relationship with the Islamic world, which also shares our common ideals, today.”

As Margaret Beckett, the UK's Secretary of State for Foreign Affairs put it in the Danish paper Jyllands-Posten on the July 7 2006:

“Our obligation to the values that mean most to us – freedom, tolerance and justice – has grown even stronger and deeper since the London bombs. So has our relationship with the Islamic world, which also shares our common ideals, today.’”

The Media is managed :

“The Freedom of expression is central to the values and traditions of Europe. But its preservation depends on responsible behaviors by individuals.

By extension, we do not believe the media should be regulated from outside, but rather that you find ways to regulate yourselves.

In considering the question of self-regulation, I would also ask you to think about the need for monitoring from within your own professional bodies. I am convinced that will have a significant impact.” (14)

'We will identify a nucleus of journalists and analysts around which to develop a structured, sustainable system of information exchange and publication focused on North-South understanding.'

Where do they learn to use the media for propaganda?

In 2005 the Audio Visual Observatory of the European Council held a Symposium in Moscow to learn all the tricks from the Russians, who have great experience in this field.

15. http://www.eeas.europa.eu/euromed/media/index_en.htm
Posted by Sarah Maid of Albion at 02:21

Once again your article is just bullet points that do not say anything new. You seem to be writing the same ideas with each article.

This is not such a bad idea. Stereotypes create negative views. I know you are thinking stereotypes occur for a reason, but they are really just created to control, thus it is good if they are removed.

Yes, anonymous, that is so true. Everyone knows all that.