Deeper into the Void 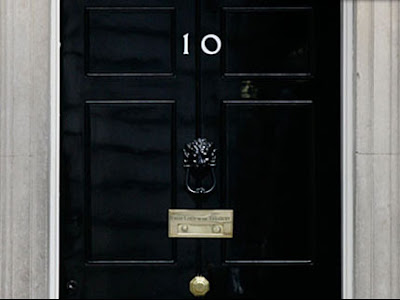 As I write Gordon Brown is just leaving the Palace after handing in his resignation to the Queen, so we have the first Conservative / Liberal coalition government in 70 years.

I think it is going to be very grim time. The government will have to do lots of very unpleasant things and the Liberals will not go along with it, it didn't bode well that the Libs major demands were that the Tories drop symbolic policies like increasing the inheritance tax threshold and not recognising marriage in taxation. The economy is on the brink of collapse and they are fretting about the candy floss.

Not a promising start
Posted by Sarah Maid of Albion at 11:45

So where will the protest vote go ?? We have a Tory Lib coalition pushing through unpopular cuts a Labour party which will be in disarray for a few years with infighting . Of course UKIP could be puffed up but really they have no countrywide support. Then there is the BNP; wow what an opportunity. Nick get your act together. Leave the management of the party to people who can manage. No more silliness, no more heavys chucking out journalists; get the accounts sorted and as some other commentator said no more political Tourettes; If you dont like grown men kissing you dont have to look you know!
We can all get together and the BNP can win and maybe some professional middle class people can come out in the open and say they support the BNP.